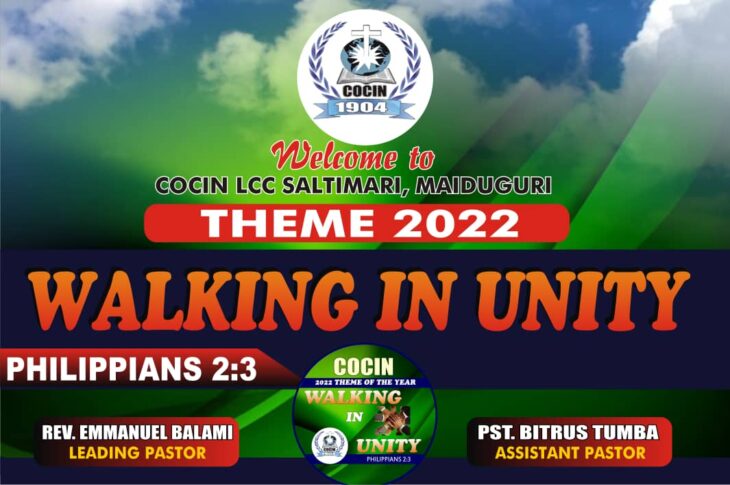 Often times, when we’re faced with a difficult situation, it requires us to take a step back. We don’t always have the tools to navigate an emotional roller coaster, especially if we’re dealing with something that we’ve never faced before. No one ever expect to go through another plague of virus bringing death, sickness, tragedy. In order to be prepared to fight some of these things, we have to go through them. When life turns bitter we can become better if we quit blaming God, quit trying to isolate ourselves from people who really care, and finally get ready to embrace a new season of hope. There is be glory, after this! God’s word still has answers for a plagued world.

In the lesson before us, we have a family, a godly, god-fearing family living in Bethlehem, which means “the house of bread.” Judah which means “praise” or a place of rejoicing. The man’s name is Elimelech which means “God is King.” His wife, Naomi ‘s name means “my pleasant one” or well-favored one. They had two sons. Their two sons, Mahlon means “weakness” or weakling and Chilion meaning pining, to become weak through sorrow. Life has a way of sending each of us a mixed bag. To have two wonderful sons is a blessing, but to have both of them sickly can be a burden. Life comes with many seasons!

As our story begins, there is a famine in the land. It was a time of little food, limited provisions and state of general lack. The Bible does not say that this was a grievous famine or a prolong famine, but it was a period of drought. Where there is lack and drought, if you are going to survive, you must be willing to put forth a greater effort. This man, Elimelech chose to leave Bethlehem-Judah and journey to a place called Moab. The Jews were forbidden to mixed with the Gentiles, but this seemed to be an emergency. He decides to make an exception to the rule. It is dangerous to make exception to the rule for personal gratification. He goes to Moab. This incestuous nation, living under a curse but they had bread. Elimelech is trying to find bread, not riches or wealth, just bread. Just to get by, make a living, just to make ends meet until the famine is over. He knows the dangers of Moab, but he feels it will not affect him.

Many seek to find a better life, to have better things, better houses and cars and the like, but I am afraid that they desire it too much, so they are willing to leave the house of bread to find a deal in Moab. Many of our brothers and sisters find themselves in trapped in Moab or on road that lead to bondage instead of freedom. Now they are hooked up to wrong people, picked up wrong habits, and lived ungodly lifestyles. They never thought it would end up this way!

How did this godly family end up in such a bitter place? How does anyone? What causes life to turn bitter of them? Mt 5:45 That ye may be the children of your Father which is in heaven: for he maketh his sun to rise on the evil and on the good, and sendeth rain on the just and on the unjust. You really do not have to commit sin for life to turn bitter. Rain falls on everyone. Every child of God knows that it will not rain forever. The sun will shine again. Doing a drought, life in Moab can be tempting. Moab is like the prodigal son’s far country. It’s a place you look for satisfaction away from God.

Look before you leap because living in Moab is time consuming; Moab is a strange land, unfamiliar territory and a place where you can lose what you can’t replace. Every day you spend in Moab will cost you something. So many choose to visit Moab looking for satisfaction but end up entangled, in trouble, in sin or in great distress looking for bread.

Look before you leap because in Moab you may find more than you are looking for – Ru 1:4 And they took them wives of the women of Moab; the name of the one was Orpah, and the name of the other Ruth: and they dwelled there about ten years.” They found wives, and a measure of satisfaction. Elimelech dies in Moab. They spent ten years in Moab trying to escape a one year famine.

Look before you leap because the bread of Moab will not last – It’s a temporary fix, for a temporary problem. It can never be home for a child of Bethlehem Judah. The prodigal son stayed in a far country until he came to himself. The sparkling jewels of every Moab will get dull, the satisfaction will sour, and a child of Bethlehem Judah will get homesick.

2. If You are Going Survive A Drought, You Should Listen for God’s word – Ru 1:6 ¶ Then she arose with her daughters in law, that she might return from the country of Moab: for she had heard in the country of Moab how that the LORD had visited his people in giving them bread.

If You are Going Survive A Drought, you should and we all should keep listening for God’s Word. God loves His children and will always send them a word. His word will find you even if you are in Moab. It found Adam hiding in a garden…”Adam, where art thou?” It found Abraham on top of a mountain with a knife in his hand…Abram stay your hand! It found Elisha in hiding in a cave… ”Elisha what are you doing here?” It will find you in a far country. Whenever you feel trapped in Moab, listen for His word. Then get up and obey his voice…When Naomi heard it, she arose that she might return to Bethlehem Judah! I don’t know what you are going to do, but I am going home! All because of what she heard. Everybody will not be moved by what you hear, but your word will come, listen to His voice. His word comes to remind you of who you are, where you are and where you belong. God has bread for you. Ps 107:20 He sent his word, and healed them, and delivered them from their destructions.

3. If You are Going Survive A Drought, You Should Allow Your Trials to Make You Better – Ru 1:20,21 And she said unto them, Call me not Naomi, call me Mara: for the Almighty hath dealt very bitterly with me. 21 I went out full, and the LORD hath brought me home again empty: why then call ye me Naomi, seeing the LORD hath testified against me, and the Almighty hath afflicted me?

So many become bitter with their life experiences. How do we become better instead of being bitter? People generally become bitter when life deals them a series of deadly blows with no space for recovery. Naomi is a prime candidate. She forced to give up her home. Her husband dies in a strange land. Her two sickly sons die, leaving three widow women to survive on their own. Normally people become bitter when they run out of options. Naomi became bitter because of what she went through. Bitter people tend to blame God for their troubles.

How do we become better through bitter experiences? First, we must quit blaming God. God is not our enemy. God is for us and not against us. The enemy has convinced Naomi that God was to blame…Listen to what she said…”that the Almighty hath dealt very bitterly with me;” “the LORD hath brought me home again empty:” “the Almighty hath afflicted me.” (1) Quit blaming God. Secondly, quit trying to isolate yourself. Isolation is the second straightest road to depression and bitterness. Nobody cares. I don’t have anyone or anything. Quit trying to isolate yourself.

Ru 1:16 And Ruth said, Intreat me not to leave thee, or to return from following after thee: for whither thou goest, I will go; and where thou lodgest, I will lodge: thy people shall be my people, and thy God my God: 17 Where thou diest, will I die, and there will I be buried: the LORD do so to me, and more also, if ought but death part thee and me.18 When she saw that she was stedfastly minded to go with her, then she left speaking unto her.

(2) Quit trying to isolate yourself. You don’t need to be alone right now! You need Ruth and Ruth needs you. Why? Ruth can see value and worth in you when you can’t see it in yourself. Ruth can help you discover what you have left and won’t allow you to dwell on what you have lost. Ruth offers bright hope for the future. I know you have the Lord but every Naomi needs a Ruth and Every Ruth needs a Naomi.

(3) Embrace God’s New Season of HOPE – Ru 1:22 So Naomi returned, and Ruth the Moabitess, her daughter in law, with her, which returned out of the country of Moab: and they came to Bethlehem in the beginning of barley harvest.

It’s harvest time, and barley is the first crop. Springtime speaks of bright hope. When life turns bitter we can become better if we quit blaming God, quit trying to isolate ourselves from people who really care, and finally get ready to embrace a new season of hope. This is not the end. God’s answer (Boaz) just might be in the very next verse. Tomorrow brings the dawning of a new day. Decide to embrace a new season of Hope. There is hope for the future. Weeping may endure, but I will endure beyond the weeping. When life turns bitter…Look before you leap…Listen for God’s word…and allow your bitter experiences to make you better!

We must not allow a temporary drought to determine your future. Droughts come, and droughts go. Do allow temporary dissatisfaction to make you go where you should not go and do what you should not do. Look before you leap, Listen for God’s word; allow this situation to make you better, not bitter. Bitterness comes from wrong thinking about God, about yourself and about temporary situation. You are a child of Grace, a child of Grace, and a child that has a permanent home in Bethlehem Judah.